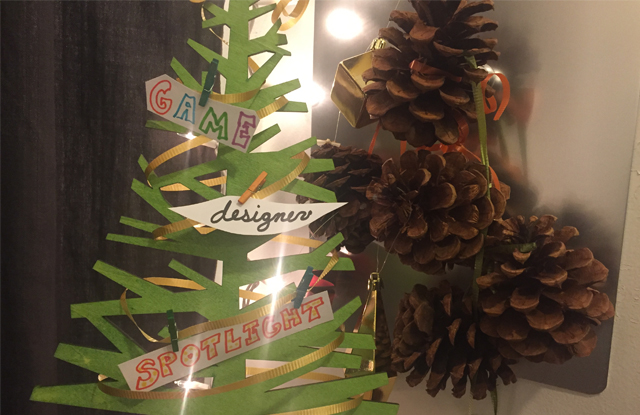 Join us for our Annual Holiday Game Designer Spotlight 2017!

We have an amazing line up! RSVP here. 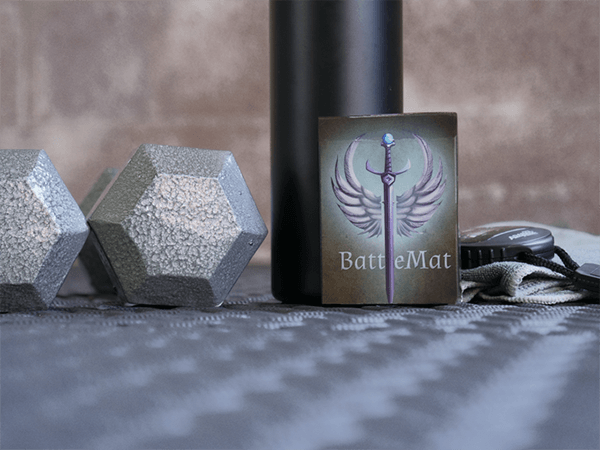 BattleMat is a personal training program that uses fantasy card game strategies and lore to guide your fitness journey! BattleMat is designed to be played alone in the comfort of your home or at your local gym (Solo Mode); or with a friend in a competitive game (BattleMode) where you can play modifications to alter and challenge your opponent's workout and score.

Complicated Board Game the Card Game 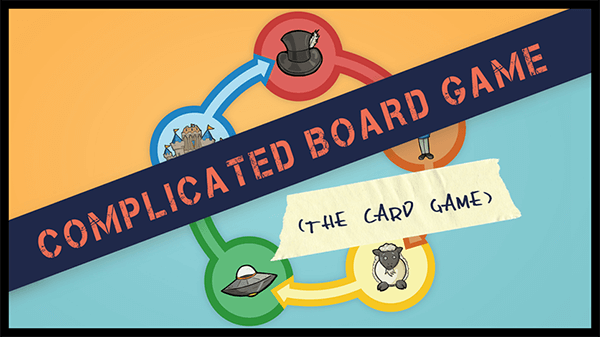 ​Complicated Board Game the Card Game is a simple card game about playing complicated board games. Try to best your friends as you place pieces, discover new rules, change the board, and occasionally realize you're playing an entirely different kind of game.
@offcutgames, offcut games, N/A 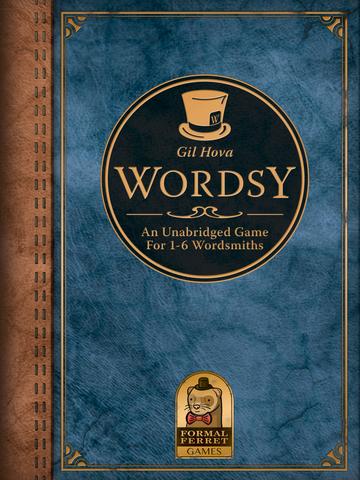 Wordsy is a game of longer words! Over the seven rounds of the game, you are trying to find the single best word on the board. Unlike other word games, you don’t need all the letters in your word to be available, but you’ll want to use as many as you can. So go ahead and use those really long words; they may just pay off here!

Damned is a deliciously sick party game where friends challenge each other with utter foolery! This is a game for people who believe a good time must be built on a solid foundation of Alcohol, money, inappropriateness, and Shenanigans! 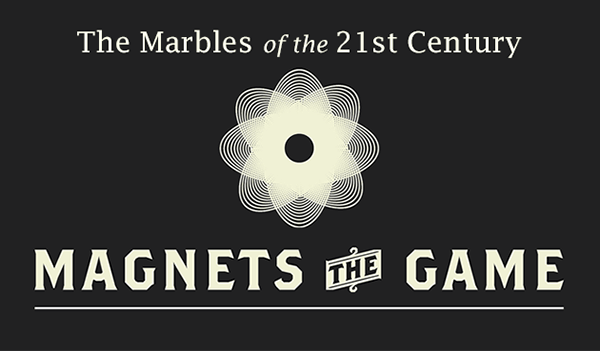 It's The Marbles of the 21 st century. A tabletop tossing game of magnetic mayhem.

Use #MagnetsTheGame on all social sites to join the conversation. 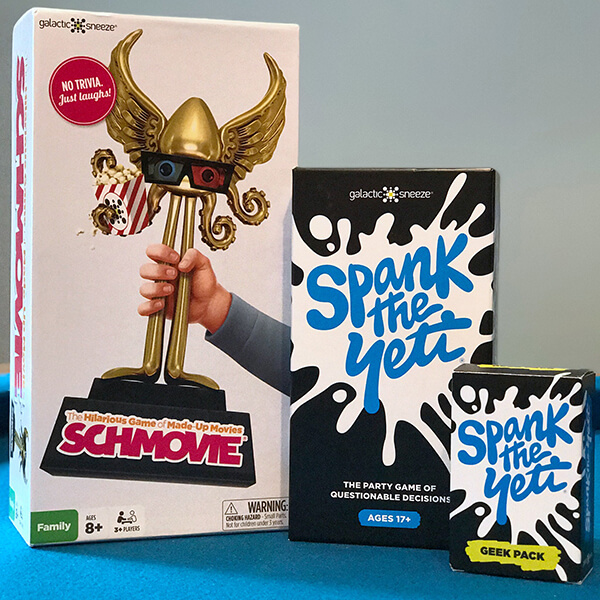 Schmovie: The Hilarious Game of Made-Up Movies Win trophies for making up funny movie titles in this laugh-out-loud game that's fun for the whole family! What would you call an ACTION FILM about a MUTANT SANDWICH? Titles can be parodies of actual movies, like “Beauty and the Beef” or “Toastbusters”. Or they can be completely made up, like “Attack of the Two-Toed Tuna”! No movie trivia... just creativity and humor! For ages 8+/Family.

Spank the Yeti: The Party Game of Questionable Decisions Would you naked cuddle a robot who just wants to feel real feelings, eat the dingleberries of a coked-out unicorn, and joust Wonder Woman? Or maybe you'd naked cuddle Wonder Woman, joust the unicorn, and snack on the robot's dingleberries? Each round, one player pairs up three Action Cards with three Object Cards, and the other players try to predict his/her answers. You don’t really know your friends until you know whose dingleberries they'd eat. For ages 17+/Adult. 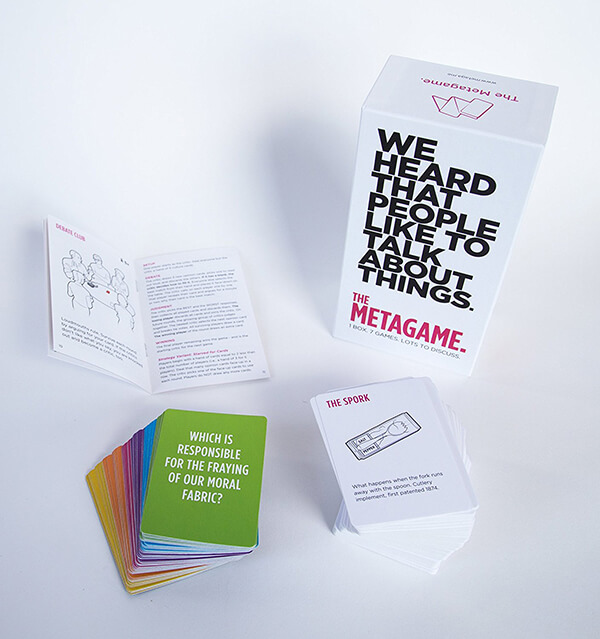 The Metagame is a fun party game about sharing opinions on the most important debates of our time, like "which feels more like first love: The Mona Lisa or the Big Mac?" The Metagame includes culture cards that feature media, art, fashion and entertainment, and opinion cards that prompt lively chatter and lots of laughter.

The Metagame is more than one game—it includes six unique games. Some of the games get you talking. Others are about thinking fast. Some games are strategic and others are just plain silly.