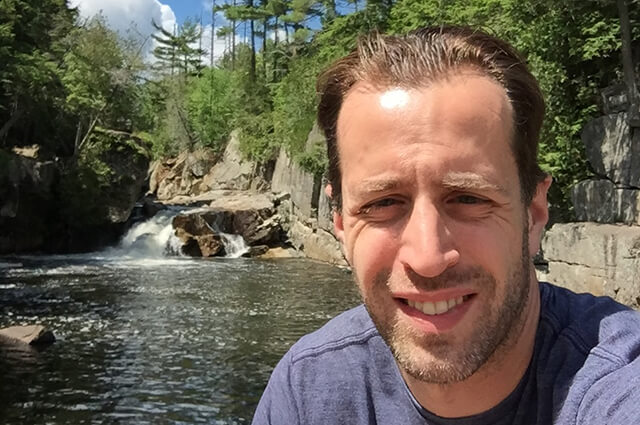 I love to create, whether it's writing, drawing, or creating board games. I write primarily science-fiction, for both adults and kids. I love to blend science fiction with elements like eastern philosophy, sports, and of course GAMES!
Twitter: @creativekreuter
Instagram: @creativekreuter
Website: www.chriskreuter.com 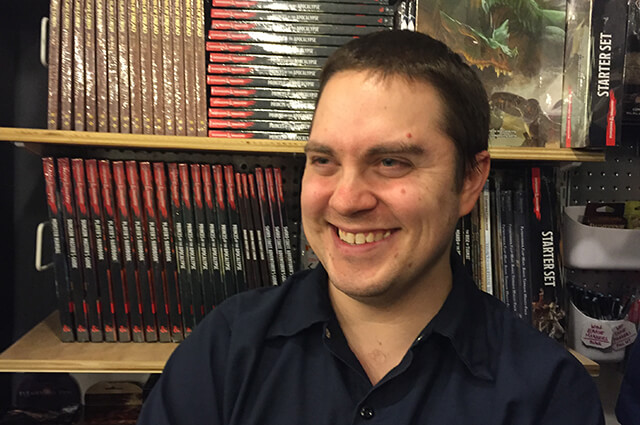 Chris Wood is a manager at Twenty Sided Store, a voice actor, a sound recordist, and an all-around good guy. His credits include Frog, The Batman Chronicles, and All That Remains, in addition to several commercials and podcasts. Chris is also a frequent Dungeon Master for Twenty Sided Store, running multiple systems including D&D, HackMaster, Call of Cthulhu, and World Wide Wrestling. His name is spoken in hushed tones in taverns and inns across the fair lands, and the clack of his d20 strikes fear into the hearts of adventurers everywhere. But if you see him in the store, feel free to say “Hi.” 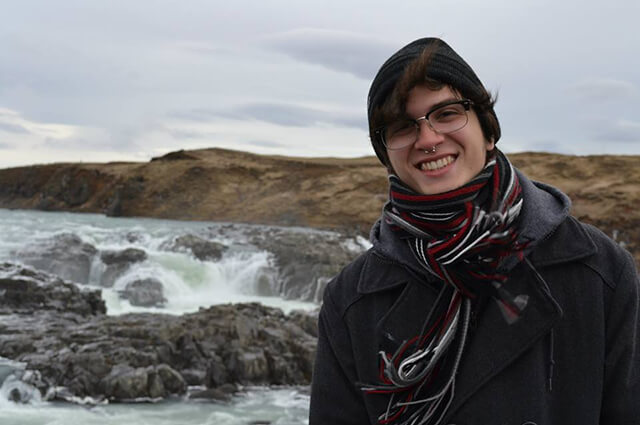 Dan Rossi is a writer and visual artist currently living in Queens, NY. His first tabletop passion was Magic the Gathering, which continues to have a great influence on his work. He writes for Twenty Sided Store and Adelphi University, and loves travel, gaming, coffee, and his sizeable dice collection.
Instagram : @danrossidraws
Tumbler: danrossidraws.tumblr.com 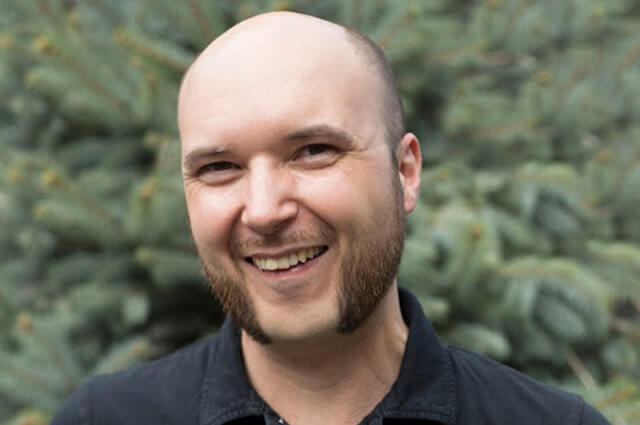 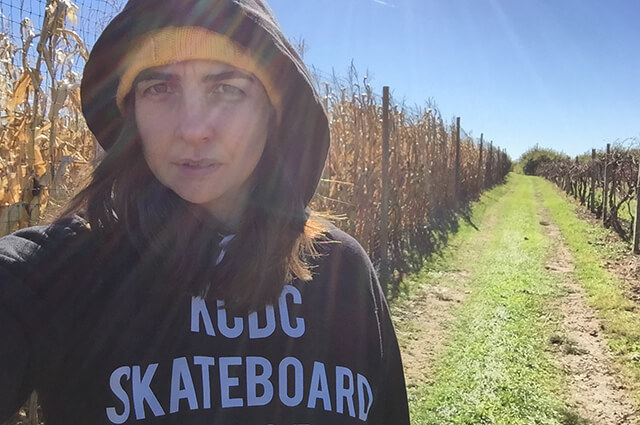 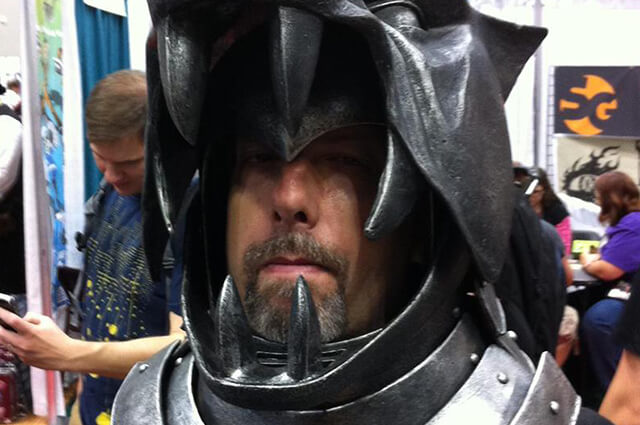 Leo Byrne Jenicek was either born in New York City or was rocketed to Earth from a dying star, far, far away. He’s been a Paladin, Bard, Ranger, Wizard, Rouge, Druid, and a Fighter. Due to ideological reasons, never a Cleric. IRL, he’s an writer and improviser, whose group the Chainsawboys, were the first improv group to be invited to the New York Fringe Festival. He’s also performed at the UCB Theater, as well as Caroline’s. If you want his undying love, please follow his D&D Haiku Twitter feed, his blog (on which you can read his comedic fantasy novel, Chosen) and his podcast, The Pod of Many Casts, details of which are listed below. He also likes marzipan, but only if it’s fresh.
Twitter: @DandDHaiku
Blog: Jenicek.org
[Pod of Many Casts](https://itunes.apple.com/us/podcast/podofmanycasts-podcast/id1185708080?mt=2 ) 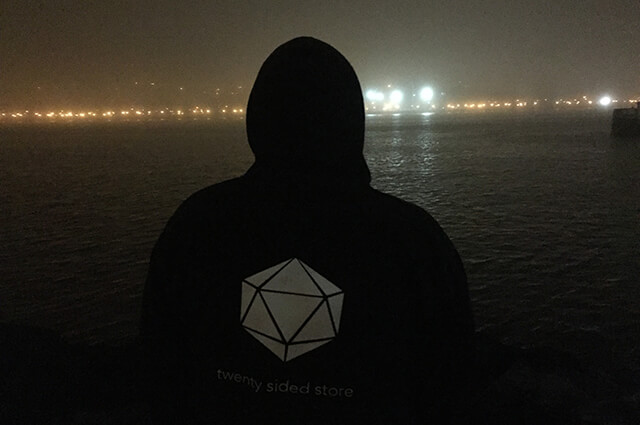 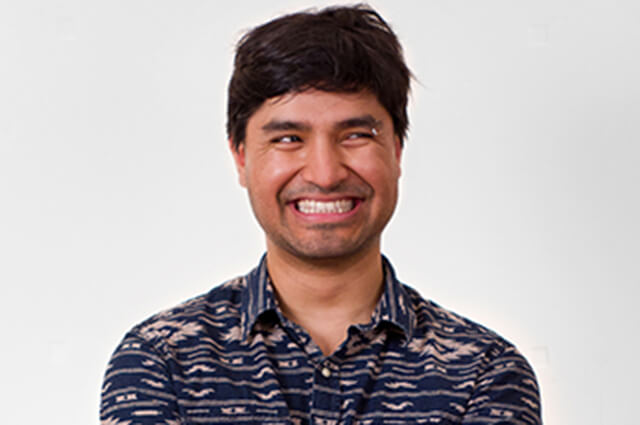 Photo by Jessye Herrell
Sharang Biswas is a game designer, interactive storyteller, writer, and artist in NYC. He tried becoming an engineer at first, but after two degrees, decided to leave all that behind him and attend art school. Sharang has since made and taught games and game design independently and at organizations such as the Metropolitan Museum, the Museum of the Moving Image, the Montclair Art Museum, NYU, and various high schools. His latest board game, Mad Science Foundation, was published last year by Cryptozoic. Sharang's game criticism and analysis has appeared in publications such as ZAM and Kill Screen, and his interactive theatre and storytelling performances have been shown at Tisch, the Come Out and Play Festival, The Brick Theater in Brooklyn, The Denny Gallery, and memorably, in the middle of Washington Square Park during a political rally. He is currently the Community Manager at the Institute of Play, and Dungeon Master to a few different groups of long ­suffering players.
You can follow him at @SharangBiswas and check out his work at sharangbiswas.myportfolio.com