D&D | A Brief History of Ravenloft 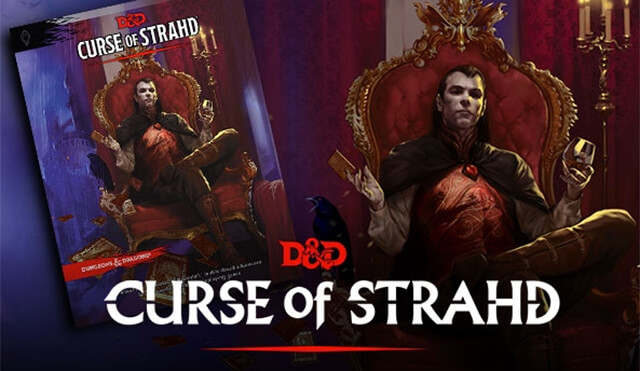 The night watch is a lonely job. All around you, your companions lie snug in their sleeping bags around a roaring fire. You, on the other hand, are fully awake and ready to guard against the dangers of the night. Or so you think. Your armor is heavy and cumbersome, and the wind has a way of finding the seams of your armor, shooting the chill straight to your bones. The fire your companions enjoy offers no comfort; it might as well be on the other side of the earth. The fatigue and cold threaten to drag you under, but the sounds keep you awake. The hooting of a far-off owl. Or is it an Owlbear? Is that wolf howling at the moon, or signaling to its pack the easy prey in your camp? Your eyes strain, trying to focus. It’s hard to see anything through the thick fog that has set in. All around you is a sense of foreboding malice, like two giant hands squeezing you between them.

You run back to the fire to wake your companions. But there is no fire. There are no companions left. There is just you, the night, and the fog.

D&D Curse of Strahd is the new hardcover adventure campaign from Wizards of the Coast. In celebration, we are taking a look back at one of the most influential stories in D&D history, and how it informed the making of D&D Fifth Edition, Curse of Strahd.

Join us in Celebration!

A brief history of D&D Ravenloft

In the early 1980s, Tracy Hickman encountered a vampire during one of his first games of Dungeons & Dragons. The encounter felt… off. He knew that the vampire was an option on a random encounters table, and such, it felt out of place in this dungeon.

“Where did you come from,” he thought, reminiscing about this event on the official D&D podcast.

“You’re a vampire, for cryin’ out loud! You should have an enormous castle and an entire setting built around you.” That random encounter led Hickman and his wife, Laura, to come up with their own vampire and a castle for him to lair in. The result was a game called Vampyr that the Hickmans would playtest with family and friends every year around Halloween. Vampyr would see print in October, 1983 as Dungeon Module I6: Ravenloft, after Tracy Hickman joined TSR.

Castle Ravenloft is a dungeon complex located in a village (or plane in the Multiverse) called, Barovia. Ravenloft, as it became known as, introduced new concepts that helped move the game beyond its roots. Hickman traded high-fantasy for Gothic horror, and wrote the first published D&D adventure to incorporate horror themes.

In addition to the thematic shift, Ravenloft had a modular story that changed every time it was played. The Dungeon Master set up several key elements of the story randomly before starting the game, or could do this in play through the fortune-teller Madam Eva. 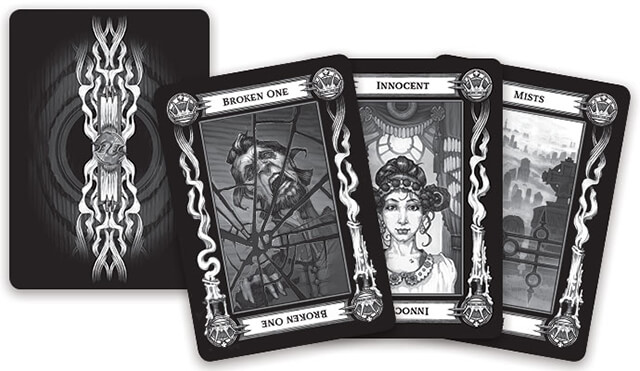 There is also the main antagonist, Strahd von Zarovich, himself. Strahd was not just some final boss that waited for the party in the last room of the dungeon - he had goals, and the means to achieve them. He could torment the party at any time he wanted, and always seemed to have the upper hand.

In fact, in the original module, there is a full page dedicated to Strahd and how to play him. Dungeon Masters were encouraged to run Strahd as expertly as the players ran their own characters. It was necessary for DMs to portray Strahd effectively. Strahd von Zarovich marked one of the first three-dimensional D&D villains. He wasn’t a cult leader, evil dragon, or a kill-crazy, blood-hungry vampire either. He had pathos, and a reason why he did the monstrous things he did. The entire adventure focused on the tragedy of Strahd von Zarovich and how his obsession cursed him forever.

Over 30 years after its publication, the Ravenloft setting is still highly regarded by D&D fans. Its uniqueness, captivating villain, and massive dungeon layout, combined with the modular story, made the classic Ravenloft adventure an iconic module that still sees play today as a Halloween tradition, and earns a spot on many best modules of all time lists. But when the tide turned from 1st Edition to 2nd Edition, TSR had more plans for Barovia and Count Strahd. 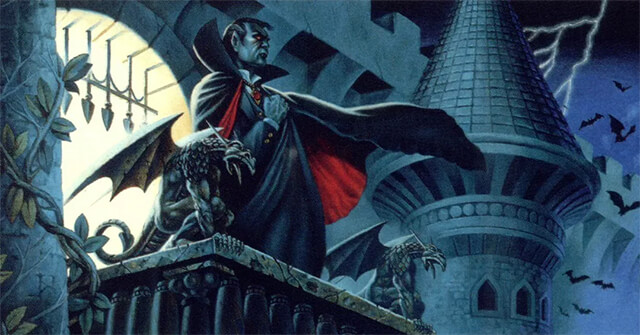 When 2nd Edition AD&D came out in the 1990s, the D&D Multiverse exploded. Stories, like Hickman's, got expanded into fully fleshed world settings, giving players and DMs more flavorful choices for their campaigns.

Ravenloft become D&D’s de-facto horror setting. The mists of Ravenloft expanded throughout the multiverse, calling to the dark-hearted and whisking them away to another realm. Ravenloft became the Demiplane of Dread and was ruled by a particularly evil individual, a Darklord, that was under the sway of what the game calls the Dark Powers. These Dark Powers are abstract entities of evil and darkness that hold absolute power in Ravenloft. The Dark Ppowers corrupted minds and hearts, turning good people evil, and turning evil people - like Strahd von Zarovich - into monsters.

The Ravenloft campaign setting offered players a very different game from the core worlds of Greyhawk and the Forgotten Realms that were already well established at the time. Players were strangers in a strange land, beset on all sides by evil, out-matched and ill-equipped, and in danger of being turned into the very evil they fought. Players gravitated toward this type of game, making Ravenloft one of the most popular non-traditional D&D campaign settings to this day.

Ravenloft lasted all the way through 2nd Edition. When Wizards of the Coast acquired TSR and released 3rd Edition, active work on the campaign setting ceased. WotC licensed Ravenloft to White Wolf, makers of the World of Darkness RPG and Vampire: the Masquerade. White Wolf released a few rulebooks to update Ravenloft to 3rd Edition, but it took ten years for Wizards of the Coast to finally return to the Ravenloft setting with D&D Curse of Strahd. 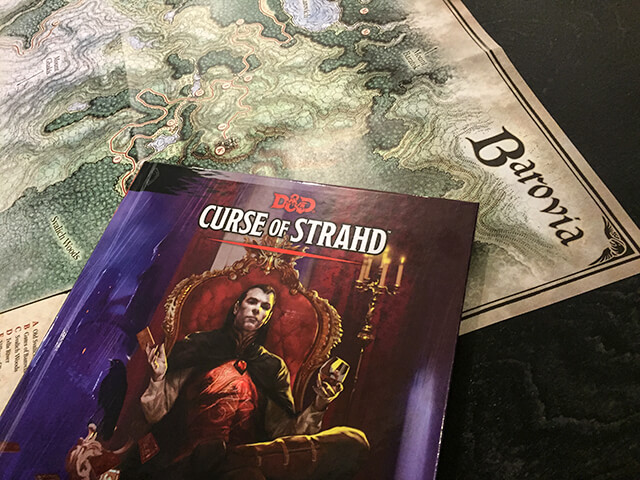 Chris Perkins, Dungeon Master to the Stars, brings back the classic Ravenloft setting to 5th Edition. D&D Curse of Strahd takes us back through the Mist into Barovia. The original authors, Tracy and Laura Hickman, where brought on as writers and added a wealth of depth to the setting that they wished they could’ve added - if only page-count and printing costs weren’t an issue back in the day.

D&D Curse of Strahd returns to the dark land of Barovia, surrounded by Mists. It is ruled by the evil Strahd von Zarovich from his Castle Ravenloft. D&D Curse of Strahd weaves the Count into the very fabric of the story so that every place, every person, and every thing connects back to him in some way. The land of Barovia is cursed, as Strahd himself is cursed, and the players will be cursed as well if they cannot escape. 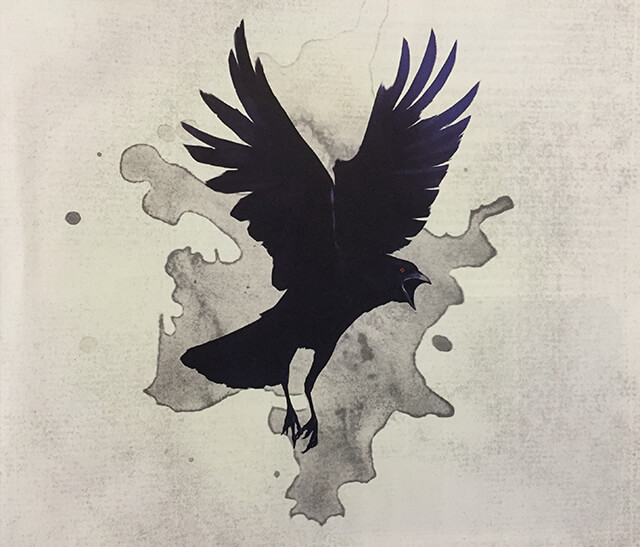 Grab your sword and shield, but don’t forget your holy symbol, and sign up to play!

To mark the occasion, Twenty Sided Store has put together a special Launch Event at 7pm to inspire the new campaign season. SIGN UP NOW!

Players who sign up for the event have a chance to pre-order D&D Curse of Strahd.

Stay Tuned to our EVENTS PAGE for more *D&D Curse of Strahd *Events this Season.

Until next time, happy gaming!