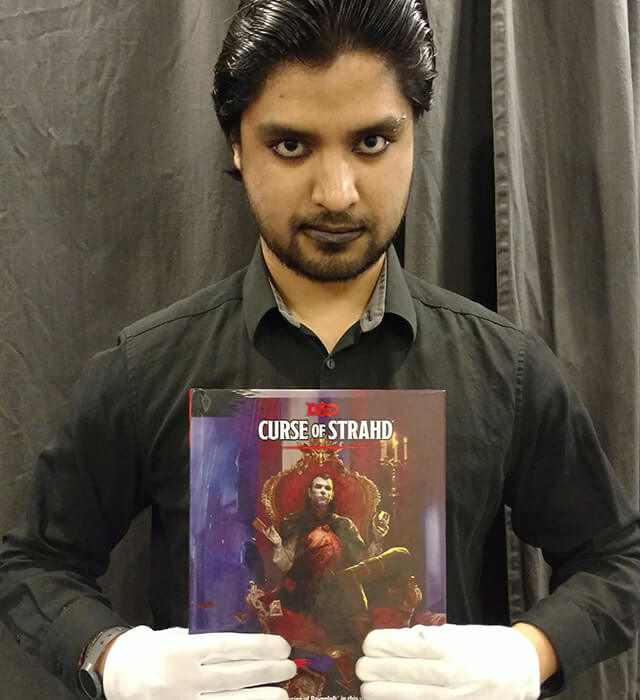 I have been running rolplaying games at Twenty Sided Store and recently we concluded a 6-week campaign season of Curse of Strahd, a Dungeons & Dragons Ravenloft adventure and just kicked off the first organized play campaign of Numenera by Monte Cook Games, an excellent science-fantasy roleplaying game (RPG) that uses the Cypher System.

So, I thought it would be a good time to talk about setting, tone & theme in roleplaying games, specifically through engaging the senses. Vivid smells, sounds, and colors can be described through physically engaging your players’ senses and actually immersing them into your fictional worlds.

A little preparation can go a long way to making a campaign engaging to the senses. In Curse of Strahd, it was important to capture the essence of a classic gothic horror tale of gloom and mystery set in the foreign land of Barovia. Similarly, part of the fun of the Numenera setting is exploring an Earth - a billion years in the future, a world where nanomachines, interdimensional aliens, hyper-evolved cephalopods, and a host of other weird phenomena have rendered the world almost incomprehensible. 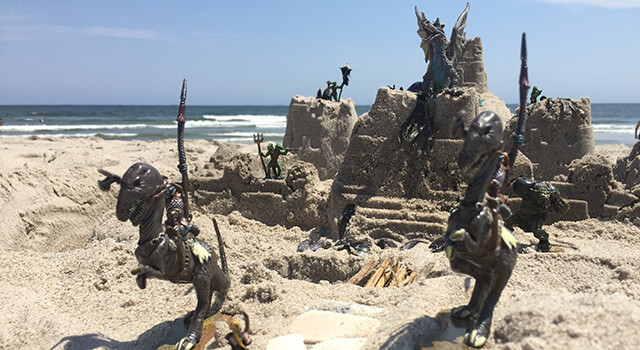 In most tabletop RPGs, sound is the primary way of learning about the game world. Players talk and listen to the Dungeon Master (DM) - a clever use of sound, or sound effects, can really enhance a game.

For example, when I ran a game of Sorcerer, a game about demons, corruption, moral decay, and the limits of ambition, I made sure to have an off-putting (but not too obtrusive) background track on loop. Then, as the DM, when I roleplayed the different Non-Player Characters (NPCs) I would modulate my voice in volume, tone, and accent to make each character feel more distinct.

In the Numenera campaign, I might play some white noise as the adventurers explore an exotic vehicle that has crashed and buried inself in the sand. What’s that strange, rhythmic tapping that they hear in the forest? - as I proceed to tap under the table using a ruler to create added suspense.

Humans are exceptionally good at noticing and reacting to changes in sound patterns, something storytellers often exploit when telling ghost stories. In the Curse of Strahd campaign, I would speak slowly and softly as the players explored a location, and then slam my hands on the table for dramatic impact when a trap springs or a monster appears, making the players jump. I'll admit, this is easy to overuse, but you can never go wrong with vocalizing the creak of an old door or replicating the pitter-patter of rain on the roof in which the adventurers are huddled for protection. 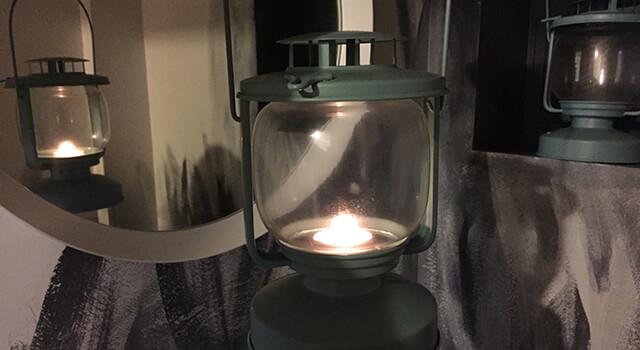 Sight is the second most common way of engaging your players. Most DMs have used images or minis at some point in their career. Let's go further than that...

As a performer, I love costumes. During the Curse of Strahd campaign I dressed in black, slicked back my hair, and wore copious amounts of eye-makeup and black lipstick to set the tone for the campaign. For the Numenera campaign, maybe I'll don a weird hairstyle or apply some intricate makeup.

Props are cool too. Before a home game I'll pull out and arrange my old Halloween props - tomb stones, spiders, cauldrons... (trying not use the overly gimmicky ones, of course).
Lighting is the best prop and can really change the vibe in the room. For a simple effect, try lighting some candles over a dark tablecloth.

Hand drawn maps or Dwarven Forge dungeon tiles covering the table for the players to interact with are also a sweet alternative. When Monte Cook visited the store to run a Numenera game, owner Lauren painted a large underwater battle map to immerse the players in the setting. 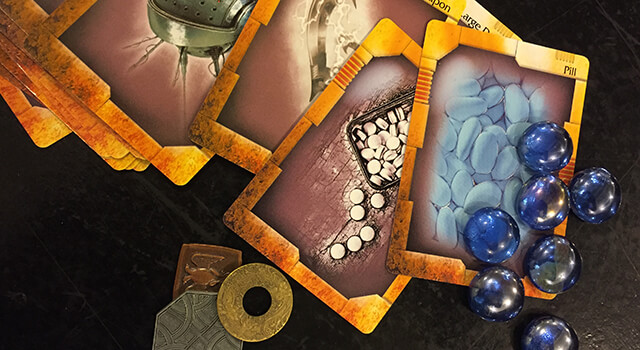 Giving people things to touch and fiddle with has long been a technique used in many different venues, from classrooms to interactive theater spaces, as a way to hold people’s interest.
Using simple handouts, even a sheet of paper with a fragment of Strahd Von Zarovich’s journal on it is much more interactive for a player than simply listening to the DM read the text. If you want to go all out, stain the paper with tea to make it look aged.

In Numenera, players can find Cyphers, which are like consumable magic items, meant to be used frequently. Using a deck of cards to represent the tangible objects instead of marks on a character sheet, is a great way to encourage players to use the Cyphers fast and freely. Monte Cook Games has created a Cypher Deck (which the store stocks) that I use often. To up the ante, hand the player an actual object when they find a Cypher, like a tiny potion bottle filled with red colored liquid or bits of an old malfunctioning electronic device. 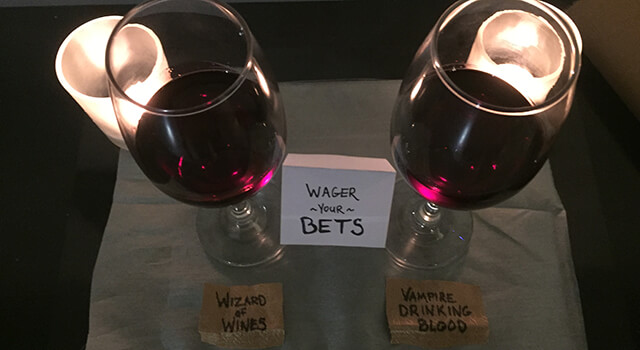 Yes, you can of course, cook up some tavern stew for your players to eat while they gather information, but food and scents can also be used more subtly. At a convention I was at recently, I signed up to play Golden Sky Stories, a lovely game about friendship, dreams and magic in pastoral Japan. As we gathered to the table, the DM offered us jam cookies before we started. This reinforced the tone of joyous delight among the party, straight off the bat, without using any words. I would love a glass of dry red wine, before venturing into Castle Ravenloft!

For Numenera, I might try doing the opposite. A rose-petal potpourri placed on the table, while describing buzzing ceramic automatons trailing electrical cabling above. The unusual juxtaposition might help underscore the weird nature of the world. 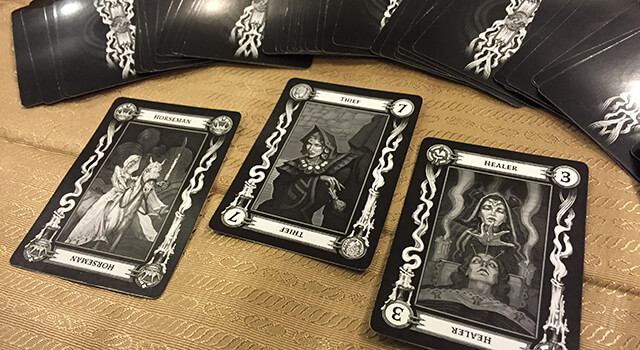 Anything that immerses your players more fully into the world, or even just enhances the mood of the world, will intrigue your players. During Curse of Strahd, I used the Tarroka deck, a D&D themed tarot deck, to read the players fortunes. The fortune-telling performance was mainly about setting up the atmosphere, but it also was used to further the plot in a meaningful way.

Engaging your players' senses is a powerful way to achieve atmospheric immersion. So go ahead. Sing at your players. Feed them fritters. Tell them to close their eyes and hand them peeled grapes. It’s sure to be memorable!