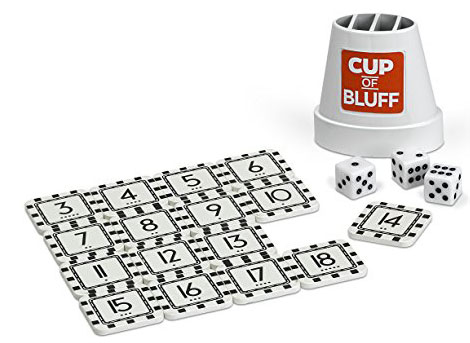 Dice and bluffing! It's like Liar's Dice, but it also works great with just two.

We like playing first to 10 points wins, but you can also play until all the chips are gone.

Perfect for those who love quick and fast dice games! 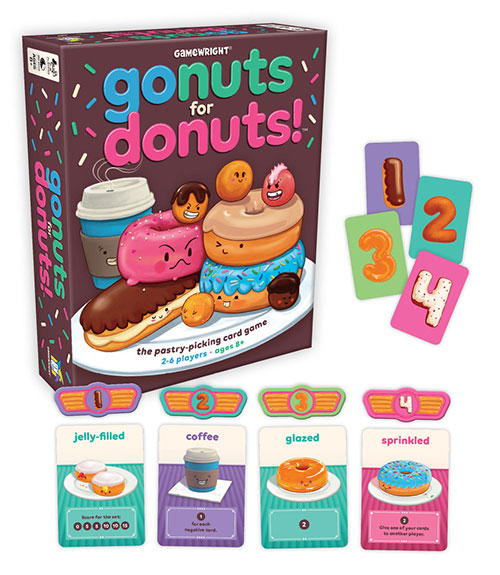 Caution, you will want to eat donuts after playing this game!

Each round everyone is secretly choosing which pastry they want from the donut row. Reveal your choices and get your donut! However, if you chose the same donut as someone else, both of you are denied the tasty treat. When you run out of donut cards, the game ends. Add up your delicious combos and the player with the most points wins!

Perfect for people who like card games with some strategy but not overloaded with complexity. 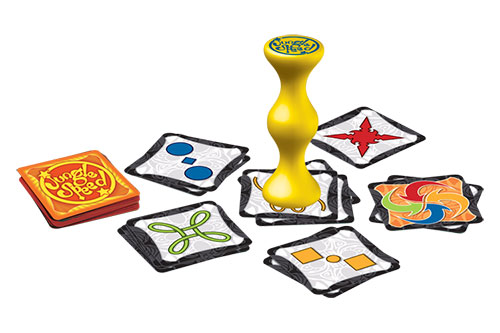 This game has been out of print for years and is finally available again!

Deal out all cards to players face down. Players take turns flipping up a card. If two or more players' cards match they duel! Whoever can grab the totem fastest wins the duel. The losing player has to take the winning player's face up cards.

Different Jungle Speed cards change when you duel to ensure maximum chaos. The first player to get rid of all of their cards wins the game.

Perfect for those who want pure craziness in their games! 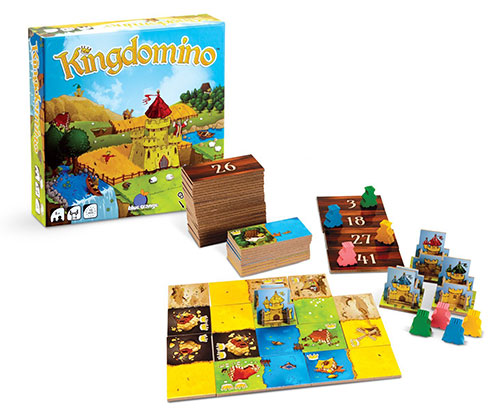 The creator of 7 Wonders Duel, Five Tribes and Shadows over Camelot has made a dominoes game with a kingdom building twist!

Pick your domino tiles and start building your kingdom. The more dominoes you have with the same terrain touching each other, the more points you score. You play several rounds like this building your 5x5 kingdom. When you're done building, add up and multiply your points - highest point total wins.

Great for those who want a little extra strategy in their games! 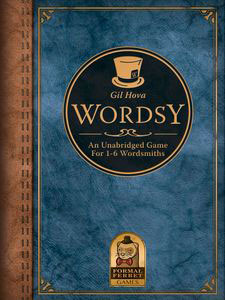 One of the great things about Wordsy is that you don't have to use all the available letters to make your words. Use as many of the letters in play and use your own. 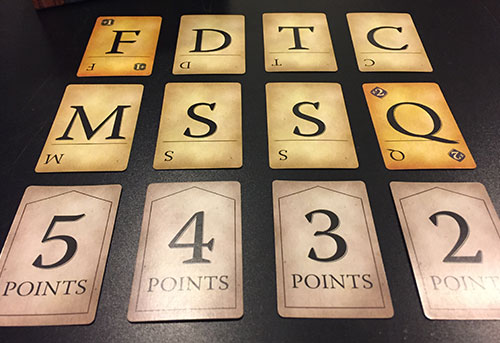 To play, you lay out 2 rows of letter cards in four columns. Each column is worth different points. Once 8 letters are out, the game begins!

Everyone is trying to find the longest word using some or all of the letters in play. Once someone is happy with a long word, they write it down and flip the timer. Everyone else has 30 seconds to finalize their choice. Once everyone has their words, score them up.

To start a new round, 4 old letters rotate out and 4 new ones come in. Keep going until you play 7 total rounds. Highest point total at the end wins!

This game is quick fast and clever. Anyone who loves word games will love this one!