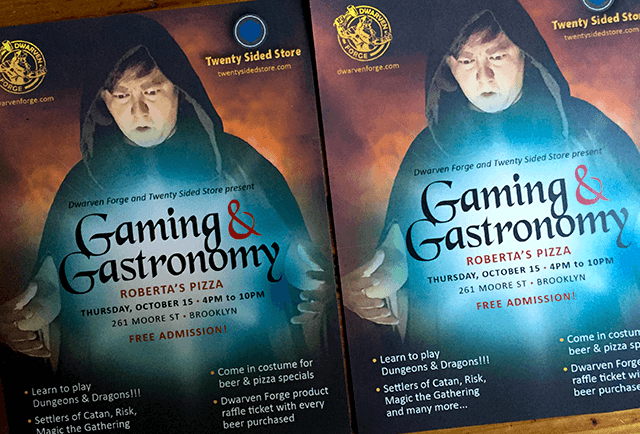 Event:
Join us for this Fall Festival under Roberta's back yard tent. Play games, meet the designers, eat pizza and drink beer.

There will be 4 tables set up with Dwarven Forge premium dungeon tiles. Whether you are a veteran role-player or you are trying it out for the first time, you won't want to miss out on this experience!

4pm - 10pm
DM: Stefan Pokorny, the creator of Dwarven Forge always has something special up his sleeve. What ever it is, you can bet his table will be old school D&D and very deadly! 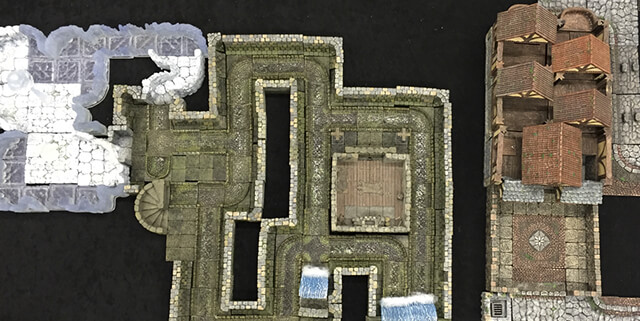 4pm - 6pm & 8pm - 10pm
DM: Richard Ruane
System: Advanced World of Dungeons
Game Description:
It's been a week since "that strange night" at The Coldgate Inn where the guests and staff disappeared (or maybe worse: the rumors were gruesome and the guards won't talk). The locals have avoided the place ever since, but no matter what happens, your employers want something that still there, inside and probably hidden.

Can you find it and get out before you join those who mysteriously disappeared? 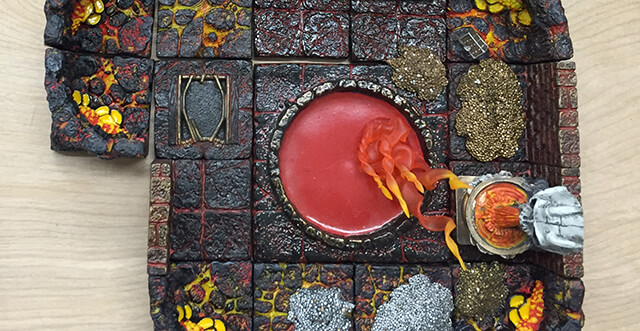 6pm - 8pm & 8pm - 10pm
DM: Ken Breese
System: D&D 5th ed.
Description:
Fire Walk
A powerful artifact lost, a magical portal to another dimension, and a fiery journey that will test the mettle of stalwart adventurers. Plumb the depths of mystery, gain glory and gold in the fantastical city of Valoria! 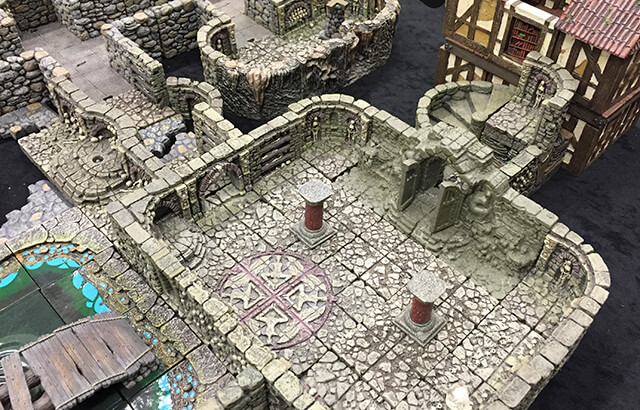 Dargrum Silverbeard, a dwarven dignitary, has had a priceless artifact stolen from him by a member of the Crypt-Keeper gang. The thief fled into the graveyard and the safety of his clan, or so he thought. Silverbeard has sought you out to venture into Crypt-Keeper territory and retrieve his property.

4pm - 10pm
DM: Jim Keleher
System: D&D 5th ed. - simplified
Description:
The town of Napol was abuzz with activity in anticipations of Harvestfest. The crop had been good this year, the Gods kind. Several days shy of the full moon and the inns and taverns were full to overflowing already. A small tent-city had sprung up just outside the high walls. Farmers mostly, making their yearly sojourn to “the city” to celebrate and take a much needed holiday after the toil of harvest and before having to prepare for the freeze.

The first night of the festival is called “Duke’s Treat”, when one hundred casks of ale, mead, and wine are distributed throughout the city, all on the Duke Radcliffe’s tab. Revelers take to the streets in fanciful costumes and lose themselves singing and dancing and, of course, drinking! The stage is set for merriment, overindulgence, and perhaps a dash of adventure! 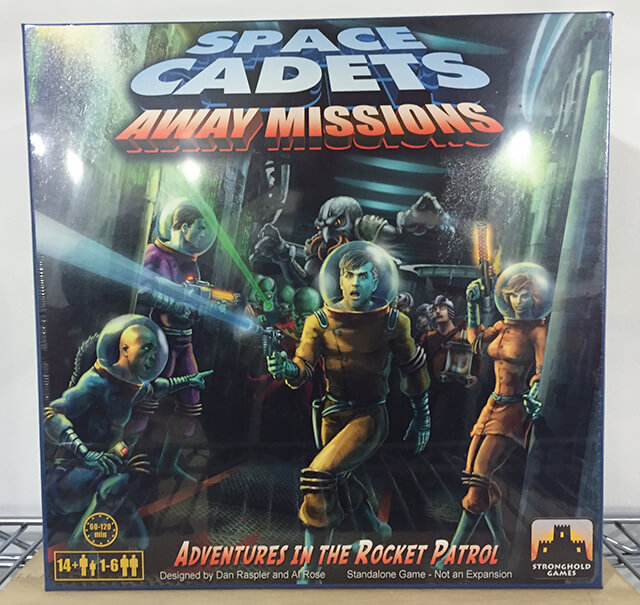 Each turn, spacemen have three action points to spend on activities such as firing their atomic rifles, analyzing exotic equipment, or subduing the malicious Brain-in-a-Jar. When the spacemen are finished, the aliens take their turns by following simple movement and combat protocols; seven types of hostile aliens threaten the players, from the repulsive mind leeches to the rampaging titanic sentinels. 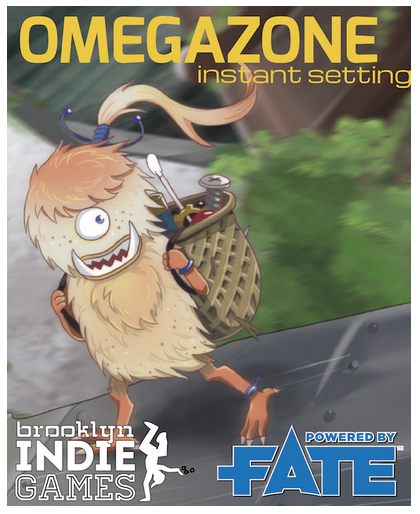 4pm - 6pm
Designer: Tim Rodriguez
Description:
OmegaZone is a roleplaying game of bizarre monsters, mutants, and aliens adventuring in a wacky post-apocalyptic Los Angeles. It's designed for quick character creation and adventure design. We'll make it all happen at the table!

Come for the post-apocalypse, stay for the pop-culture puns! 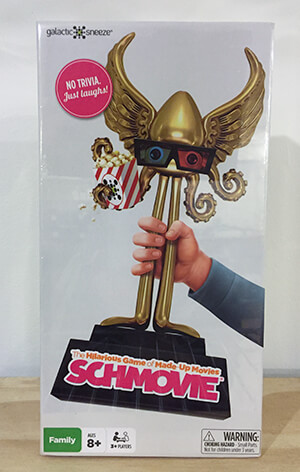 6pm - 10pm
Designer: Bryan Wilson
Description:
Win trophies for making up funny movie titles! Schmovie is all about creativity, humor, and laugh-out-loud fun for the whole family. What would you call an Action Film about a Mutant Sandwich? Players might write titles such as “Alien vs. Breadator”, "The SandWITCH", or “Beauty and the Beef”. Playing with adults only? Schmovie can be as tame or as wild as you’d like. Have more than six players? Break into teams!

Who needs movie night… when you’ve got Schmovie night?! 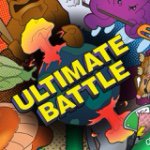 8pm - 10pm
Designer: Tim O'Reilly
Description:
Ultimate Battle is a creative party game for 2-6 players. Using your hand of random stuff, come up with an idea for an attack - the more creative the better - if your opponent can't think of a way out, you win!

Creativity, doodling and crazy combinations like Porcu-goat (porcupine+goat) or Lava-badger make for good times. Check it out - it's fun, fast and easy!

The awesome people who hand paint Dwarven Forge dungeon tiles will be hosting painting lessons. There will be a limited selection of free minis or you can purchase a mini from the Twenty Sided Merch Table and join in the fun!

Twenty Sided Store will have your gaming needs covered. We will be selling Board Games so you can have them signed by the designers, MTG Booster Packs for a pick-up Draft or Sealed game at one of the open gaming tables, RPG Books, dice, accessories, paints/brushes, and more! 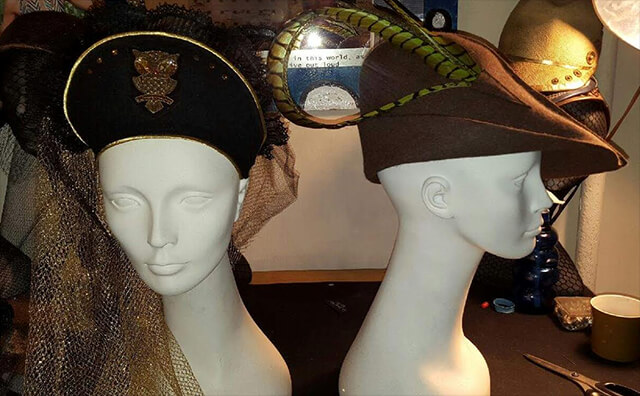 There will also be a merch table featuring hand-made custom armor/jewelry by Alan Crosby, as well as La China Loca custom fitted hats.

Make sure to come dressed up in your best Cosplay or Halloween costume. You will definitely want to gather your friends and get your photo taken by our wonderful photographer, Rafael Fuchs.

Oh and did I mention there will be a costume contest... and that every beer you purchase you will get a free raffle ticket...