My Favorite Games at GenCon 2016

Every year one of the largest gaming conventions in the world is held in Indianapolis, Indiana - GenCon. People attend from all over the world to preview and play newly released games.

Check out my TOP TWO! 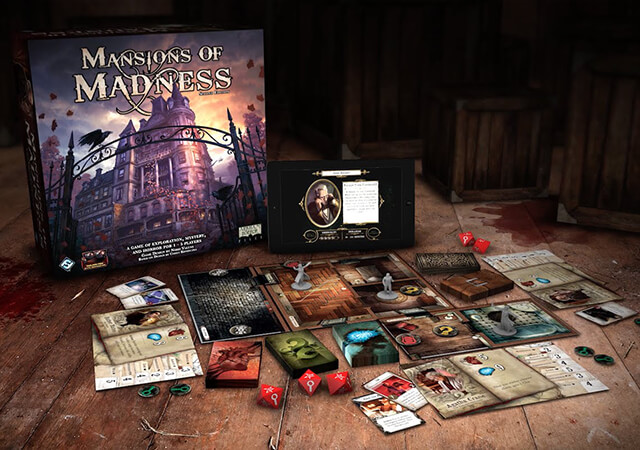 New to Fantasy Flight Games, Mansions of Madness (2nd Edition), is a 1-5 player game which takes place in the same universe as Eldrich Horror and Elder Sign. In the second edition, players are immersed into the world of Arkham by use of an App to guide you through the entire game.

There is no longer a need for someone to play as the Game Master, Mansions of Madness (2nd Edition) is led by an electronic App that can be downloaded for free. The App uses music and narration to add an eerie dynamic to the game. Compatible with iOS, Android, Mac, and Windows, the App is what sets this board game apart from its predecessor and most Arkham Horror games.

Players take on the role of investigators uncovering the mystery of a haunted mansion. Each investigator has character specific abilities to aid the party against the spirits within and help keep their sanity intact. Collaboratively, the party will either defeat the evil taking over the mansion, or loses to the madness.

During the journey into the haunted house, investigators will suffer madness or physical harm. Players work together to survive and uncover the mystery. The App support and collaborative storytelling mechanic of this game make it worth the immersive journey, win or loss. 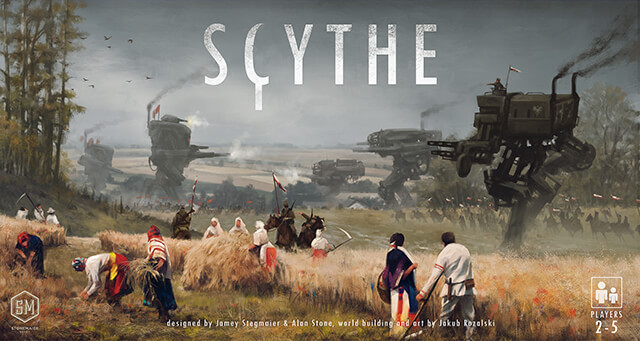 Out of all the outstanding games featured at GenCon this year, most gamers were on the hunt for Scythe. The amazing artwork, impressive game play, and a new game mechanism easily elevated Scythe to be one of the top games at the event. It is no wonder why Scythe sold out on the second day of the convention.

Like their other releases, Stonemaier Games funded
Scythe primarily through crowd sourced funds on Kickstarter. The campaign ran for 1 month, from October 2016 to November 2016.

Although Scythe has a very similar farming mechanic to Agricola, which fans will immediately recognize, I would not classify it as a worker placement game.

Scythe takes place in fictional 1920’s Europa, an alternate history during the aftermath of the first great war. It is a complex war game where players take on one of the five different factions and perform jobs. Within the game, players collect resources to accomplish various actions - deploy mechs, work towards upgrades, and fight using combat cards and military strength. The objective of the game is to generate the most money by accomplishing a combination of in-game achievements.

On Pre-Order at Twenty Sided Store!