Reacting to Your Players in a D&D Game 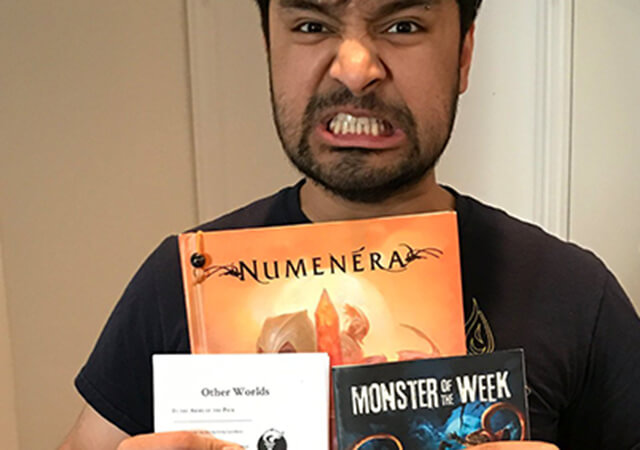 I enjoy attending gaming conventions, I always return home brimming with ideas and thoughts about new games, new game mechanics and new ways to adapt familiar rules systems. This year’s Dreamation, a wonderful little gaming convention in Morristown, NJ, was no different. I had the opportunity to play some excellent games, and I even ran sessions of Numenera, and Monster of the Week (which are available at Twenty Sided, and I highly recommend them!). I also had a unique opportunity to run a freeform Live Action Roleplaying Game (LARP) by Emily Care Boss called In the Arms of the Pack.

Running a LARP was a big deal for me, because it was my first! For those unfamiliar with the genre, in a freeform LARP the Game Master (DM) usually has absolutely no preset plan. This is in contrast to traditional models of tabletop roleplaying games (RPGs), where the assumption is that the DM creates a detailed world and meticulously crafted adventure for players to react and respond to.

So, I walked into the convention room, set up the scenario, and let the players go hog-wild. Occasionally I would nudge the action, whisper suggestions to heighten drama, and frame new scenes. As DM, I had little say in the narrative flow, and the story was driven entirely by the players.

When I got back to the table I decided to test out this technique of freeform LARP with Monster of the Week. I sketched out the barest hint of a setting, painted in a main villain, and slathered on some Non-Player Characters (NPCs) in broad strokes. Details were added when and where the players needed them, often in conversation. One player needed a fancy Faculty House because they made a character who’s a visiting scholar... BAM, done. Another needed a side-mission that their cult assigned to them... What do you know, the nearby museum has some mystical coins that are ripe for…err…acquiring…

You may argue that this only works in rules-lite games, or games in non-convention settings. However, even in games like Numenera - which one might argue is all about players discovering truths about the weird world whose secrets only the DM knows - there is room to modify your game depending on what the players want. In fact, I would argue that this is the most important part of the DM’s job! 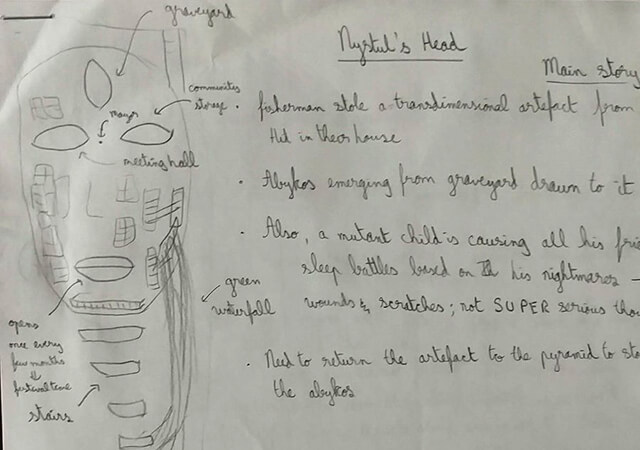 For example, when I ran a game of Numenera at the Dreamation Convention, I created an adventure about exploring a village that was built vertically upon a massive Stone Head emerging from the cliff side. I had NPCs, encounters, and locations all planned out. I planned for there to be two big fights, they would occur in a certain order, blah blah... but of course the players wanted to do all kinds of things I had not planned for. They loved the NPC kids I introduced and spent a considerable amount of time wanting to play make-believe with them, instead of exploring an underwater ruin and where I was staging the main fight. In fact, what the players found particularly fun was describing precisely how each of their characters plunged, dove, fell into, or otherwise entered the water that contained aforementioned ruin!

The water-entering descriptions were actually pretty compelling and humorous! It was an absolute blast and the players clearly LOVED interacting with the weird world of Numenera. I made a point to observe what they enjoyed about the game and made adjustments on the fly. For them, trading jibes with the mutant mayor trumped trading blows with dimension-hopping aliens. I cut the first fight short, and changed the location of the main fight into a weird puzzle room because that’s the direction the players took the narrative.

Whatever system you are running, be it super rules-lite or insanely crunchy, it is important to go with the flow. Let yourself be driven by the currents the players create, even if you’ve detailed a course for them, even if it means killing your darlings. It’ll be more fun for them, and probably more fun for you too! Remember the Game Master is a player at the table as well and all roleplaying games are collaborative storytelling experiences at heart.