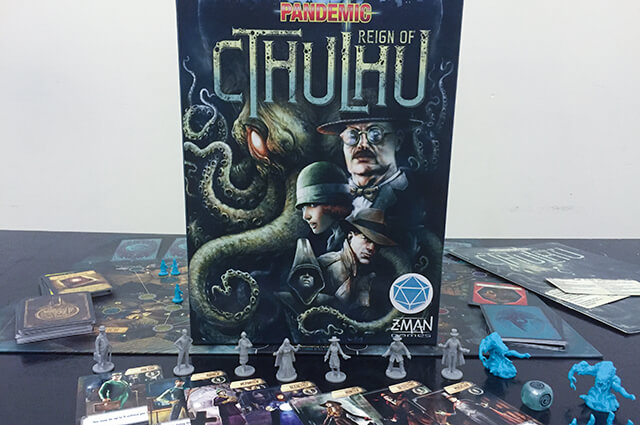 In a foggy New England town an unknowable terror lurks. Pandemic: Reign of Cthulhu challenges you and your fellow investigators to work together toward saving the region (and your sanity). With mechanics based on the globe-spanning medical disaster game Pandemic, Reign of Cthulhu tests your cooperation, strategy, and problem solving skills. Can you save the day before the Old Gods turn you into a maddened, mindless husk? 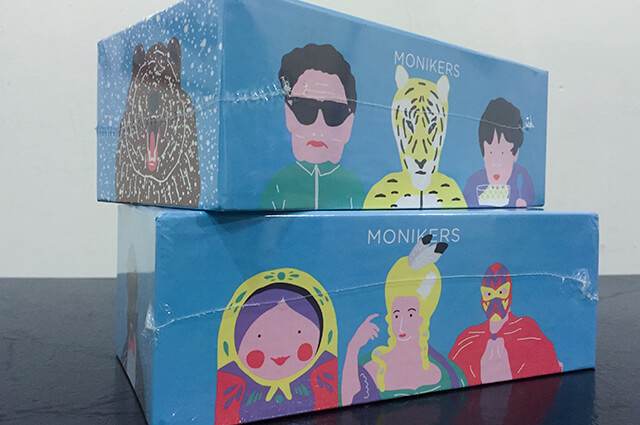 The beautifully illustrated Monikers describes itself as "a dumb party game that respects your intelligence," and the description is pretty apt! Based on the classic party game "Celebrity," each clue-giver has a card with a name or type of person on it (like "Georgia O'Keefe", "Florida Man", or "David After Dentist"), and the clue-giver has to make the group guess their cards. Each round it gets a bit harder, as clues go from being any amount of words in round one, to just one word in round two, to no words -charades only- in round three. This game gets goofy, causes an uproar, and is perfectly inappropriate. 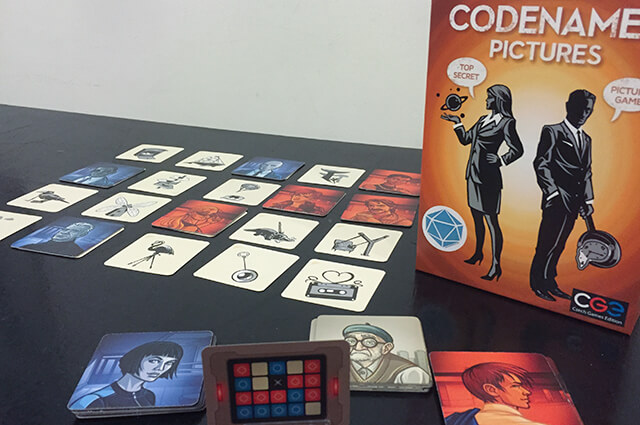 Codenames Pictures sets two teams of spies against each other in a race to find enemy secret agents out in the field. Cards with a single image are laid out on a 5x4 grid, and one spy-master on each team knows who's who in the layout. This is a fast-paced, exciting party game that's all about using images and carefully chosen words to help your team guess correctly. Say the wrong hint and your teammates may give a point to your opponents, or worse: they may find the secret assassin and cause an instant loss! 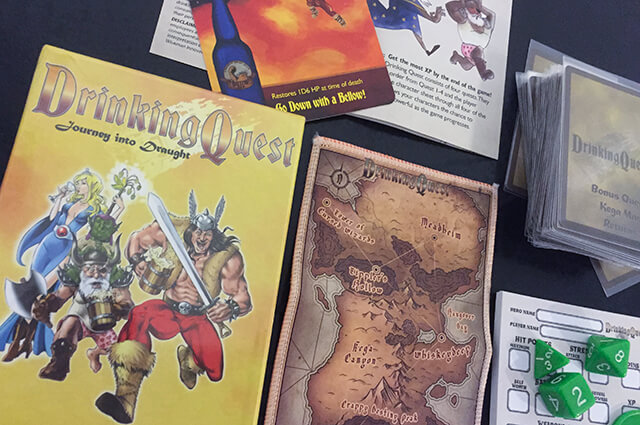 Drinking Quest is back! If you like your tabletop roleplaying games a bit on the sloshy side, you'll love this light RPG/drinking game. Pull clever cards to battle monsters, gain experience points, rack up gold, chug beer, and let the room spin around you. Always slay goblins responsibly, do not Quest and drive.

The Resistance: The Plot Thickens [Expansion] 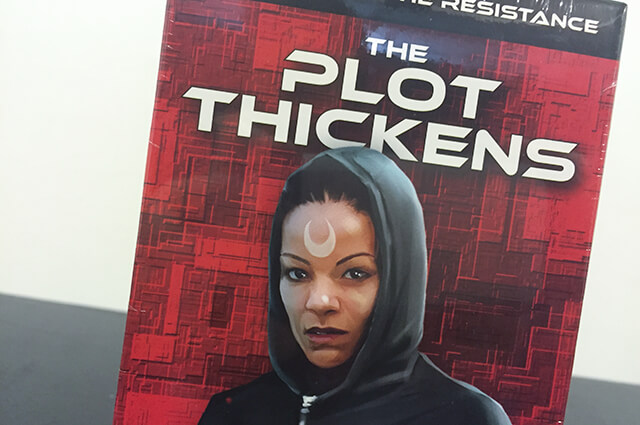 Classic party/bluffing game The Resistance gets an update with The Resistance: The Plot Thickens, which adds plot cards, new characters, and new missions. We're so excited for this update, as The Resistance is the kind of game you play and play with friends for years. Any additions that spice up the core game are great.