Tune in Today : New Games to Ring in the New Year

Suffering from Holiday hangover? Need a vacation from an exhausting vacation? Take it easy with brand new board games and RPGs. And if you've got some extra holiday scratch from Grandma burning a hole in your pocket, what better way to use it than on some brand new games? Check out our newest releases and snag them up before the deathly chill of February sets in. 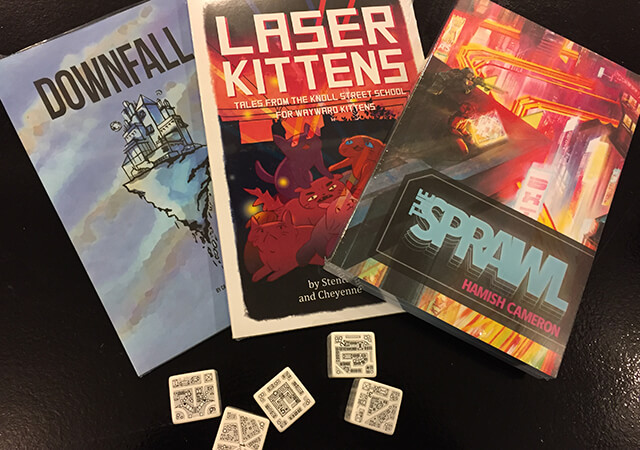 While everyone loves the big-name roleplaying games like Dungeons & Dragons, Numenera, and Pathfinder, some of the best, most innovative gaming is coming from the indie realms. And we've got three great, new indie RPGs worth paying attention to. Check out Downfall, a storytelling game about the brilliant collapse of society, Lazer Kittens a game where kittens grow up and learn to use their lazer powers, and The Sprawl a gritty, mission-based action RPG about cyberpunks. Want to build RPG locations on the fly? Then check out the Dungeon Morph Dice Sets, where a roll of a handful of map-image-imprinted dice will have your adventurers heading into a new town in no time. 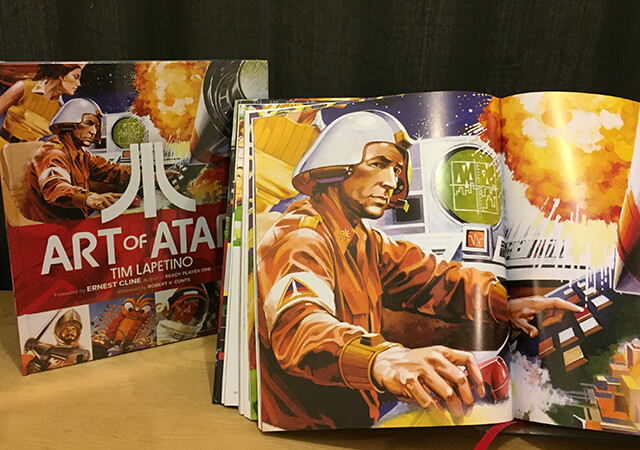 This beautiful centerpiece book will look great on any gamer coffee table. Featuring the lush, bold box art from the history of Atari video game covers, Art of Atari is perfect for anyone who remembers the good old, shag-carpet, wood-panel days. 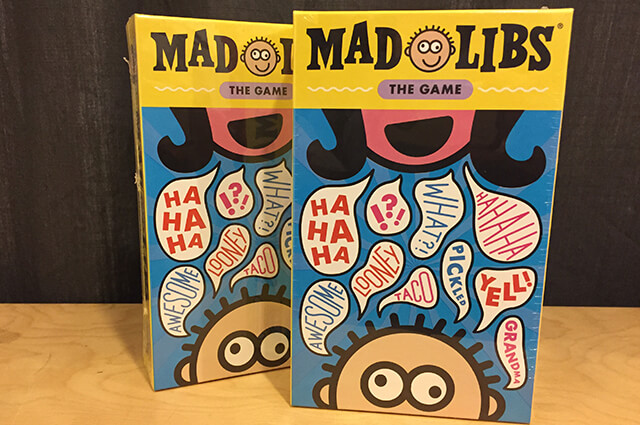 What do you get when you combine the classic "fill in the blank" paper game Mad Libs with the board game company responsible for the wildly popular Fluxx series? Mad Libs: The Game! We can't think of a better pairing than these two, and we think you'll love this zany, hilarious board game. 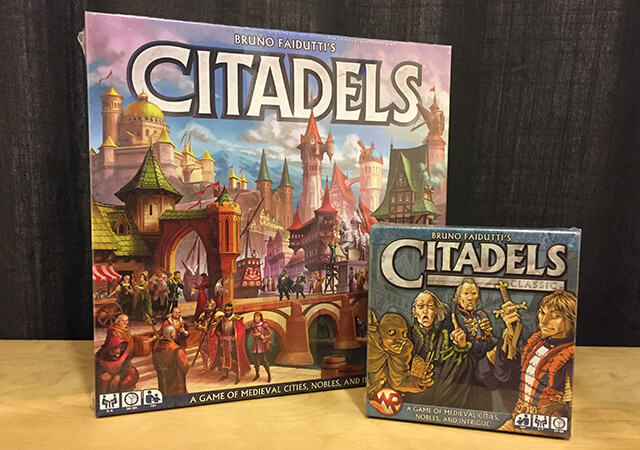 Citadels is the classic card game that sees players taking on different roles each round to represent characters hired to help them gain money and build new and powerful buildings. We're excited to announce that we just got in a new printing of the game which includes the Dark City expansion, nine new characters, and twelve new districts. Want to stick to the classic? We've also got the new and retooled Citadels Classic, which comes in small travel size box, and is the original game (without expansions) What are you waiting for? Get building! 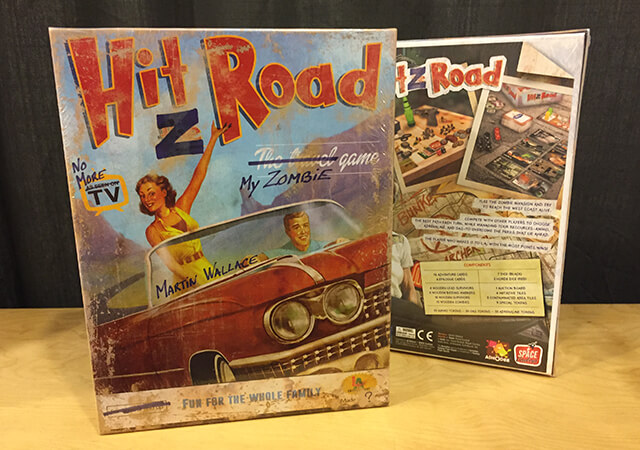 Hit Z Road is a brand new board game that combines the allure of a 1950s cross country road trip with the terror of a zombie apocalypse. Fun! Part horror storytelling game, part survival game, and all nifty fun. 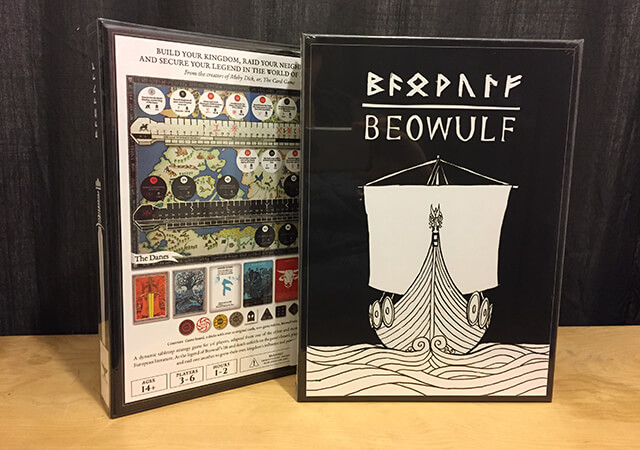 From King Post, the makers of Moby Dick, or, The Card Game comes a brand new literary adaptation Beowulf: A Board Game. Successfully funded by Kickstarter, this tabletop board game for 3-6 players challenges you to build your kingdom, attack your foes, and survive and thrive in the world of Beowulf. 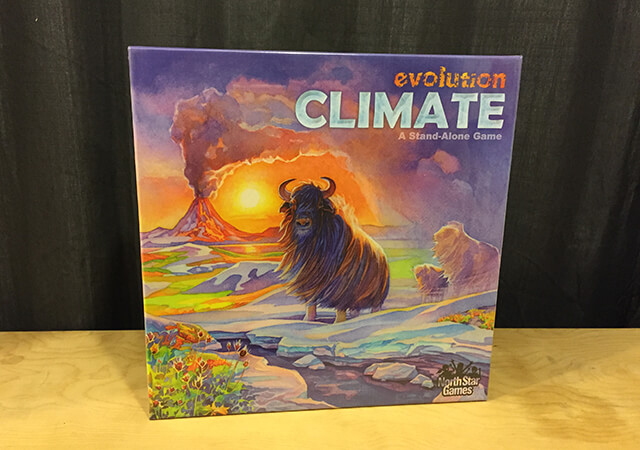 Evolution: Climate challenges players to adapt in a continually shifting ecosystem. Food is hard to come by, predators prowl every corner, and the climate can swing from scorching hot to icy. For 2 - 6 players, this game will appeal to casual and hardcore biology enthusiasts, as they perfectly capture the evolutionary history of early life on earth.

Everything is Dolphins RPG 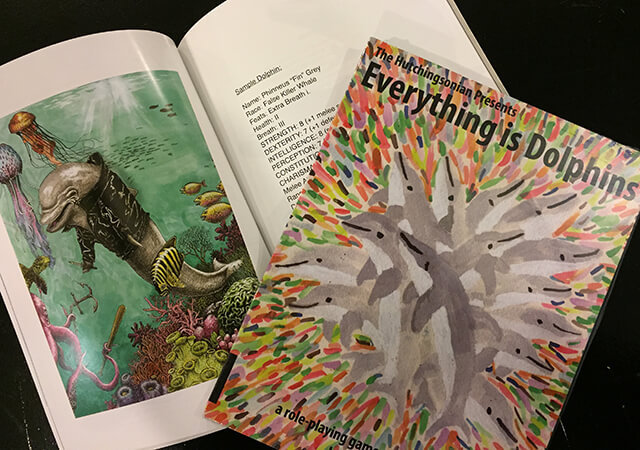 Everything is Dolphins is an RPG and art book by Tim Hutchings. This incredible, off-kilter, amazingly inventive game is hard to describe, but when the game's creators call it an "RPG hovering somewhere between side scroller video game, talking animal fairy tale, and triptastic fun," we find we're inclined to agree. 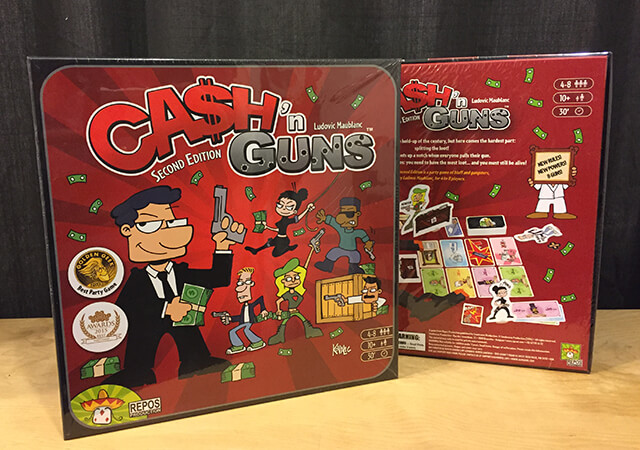 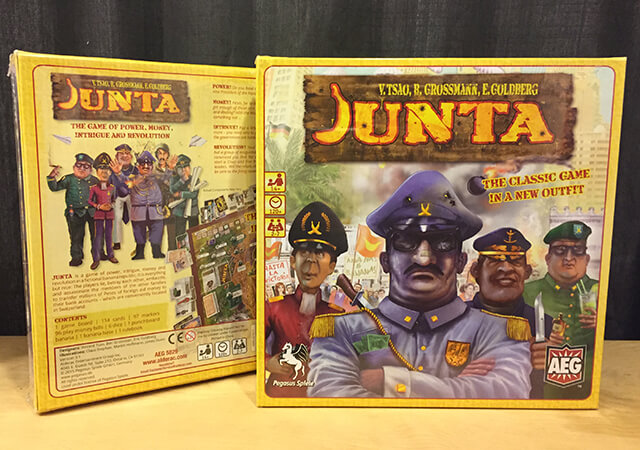 Junta is a game for 4 - 7 players, and sees players playing various families in the "Republica de los Bananas." One person plays as the El Presidente, and assigns roles to the other players, who all squabble and fight for power. Can you survive the machinations of your friends in the Banana Republic?