I hope everyone enjoyed the beautiful Labor Day weekend! Luis and I did not make it to the beach or to a BBQ… but we did get a kitten! 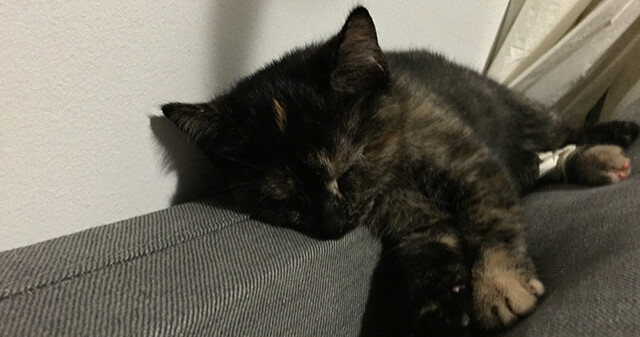 This past week I have been vacationing in the Underdark getting plenty of inspiration for D&D Rage of Demons. Deep underground in the catacombs (literally what my landlord now calls part of our basement), I have been preparing for multiple crews, who will begin maintenance work this week, to rid the building of some major nastiness.

Today was full of inspections. Our landlord approved the quotes for three separate stages of work that will need to be done. Stage 1 begins tomorrow, Stage 2 the following Monday.

While the maintenance crews take over the basement for the next 2 weeks - Luis and I will continue to build the operational workflow, design and test our digital systems, and plan the physical layout of our new space. Once we are able to set back up, we want to be able to hit the ground running.

I am glad so many of you are as excited about the new event space as we are. The event ideas coming in so far are amazing and I can’t wait to start scheduling.

A skirmish game where players take control of multiple tokens to control the board and seize Davy Jones’ treasure. Based on MOBA (Multi-Player Battle Arena) video games.

The madcap style of Adventure Time humor combined with Fluxx’s brand of chaos, what more could you ask for!

A new game from the creators of Duke. A two player game where players move around the board to position themselves to capture their opponent’s Jarl.

D&D Out of the Abyss

The Rage of Demons D&D season is here. Be the first to get your copy of Out of The Abyss, a campaign setting and adventure for levels 1-15.

A crow archmage has made contact with the Demon Lords. Chaos and madness threaten the Underdark and all of the Forgotten Realms. It’s up to you to stop it.

If you like Star Realms, you’ll love Cthulhu Realms. The sane prevail, but it will be difficult maintaining your sanity as your cards run out, literally.

Instead of wild west outlaws trying to kill the sheriff, you're in the zombie apocalypse, where there are Leaders, Saviors, Survivors, and of course the Loner.

The World of Smog: On Her Majesty’s Service

Another Cool Mini or Not game! You’ll need to navigate the rotating tiles that make up the game board in this 2-4 player Steampunk game. Trade Ethers and Artifacts in order to fulfill the quest set by Queen Victoria, all the while dealing with the Agents of the Shadow Master.

GURPS stands for Generic Universal Role-Playing System. It’s published by Steve Jackson Games and has been the leading "universal" game system for more than two decades. GURPS handles any setting or background and has tons of great source material for inspiration.

Just like the original Love Letter, only instead of trying to get a letter to the princess, you must capture the highest valued criminal, the Joker, Harley Quinn… and earn the most bat signal tokens.

Bully Pulpit Games using a modified Apocalypse World engine to meet the demands of Night Witches, a role-playing game about woman at war.

“Can you do your duty and strike blow after blow against the Fascists? Can you overcome discrimination and outright sabotage and rise above your sexist comrades? Are there limits to patriotism—or endurance?” - Bully Pulpit

Play one of the Soviet airwomen the 588th Night Bomber Regiment during World War II and find out!

Players rotate as game master, as the action alternates between day and night.

Rampage with a new name!

You are a monster and you need to ACTUALLY destroy Meeple City. Tiles form floors, which are supported by meeple pillars. You can pick one of 4 actions: Move, Demolish (drop your monster on a building), Toss a vehicle (flick a car from your monster to another monster or a building), and Breathe (physically blow the city down). Different colored meeples knocked off the board award different points and each monster has a superpower. Sweet!