Twas the Night Before Yule Tyne 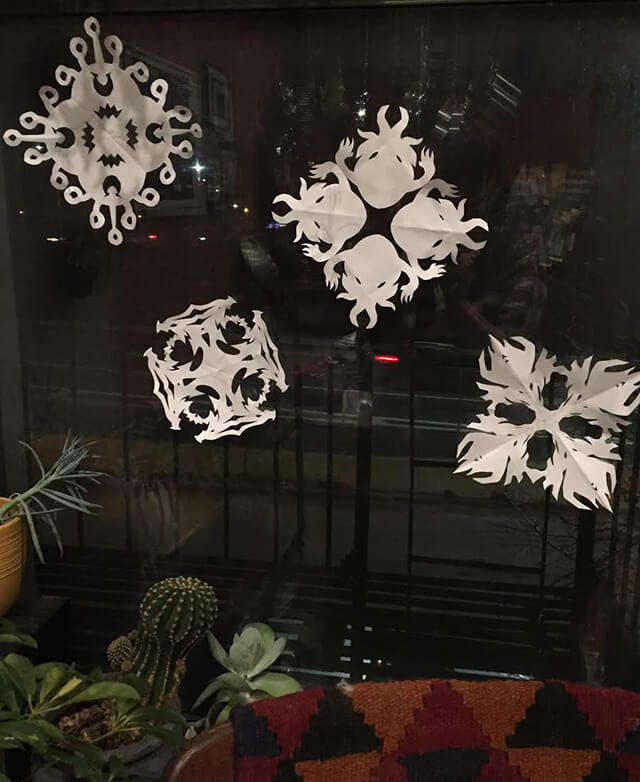 'Twas the night before Yule Tyne, when all through the tavern

Not a creature was stirring, not goblin nor wyvern;
The Bags of Holding were hung by the chimney with care,

In hopes that St. Cuthbert, soon would be there;
The adventurers were nestled all snug in their beds;
While visions of treasure danced in their heads;
And the Elf in her trace, and I keeping watch in the west,

Had just settled in for at least a short rest
When out in the dark it sounded like a wreck,
I sprang up to see who failed their stealth check
Misty stepped to the window, no need for maps
Carefully opened the shutters whilst checking for traps.

Selûne shone on the new-fallen snow,
As if I had Darkvision to see objects below
When my wondering eyes saw as if stunned,
But a miniature sleigh and eight tiny Pery-ton,

With a driver clad in surcoat and mailshirt ,
I knew in a moment he must be St. Cuthbert.
More rapid than monks, his coursers they came,
And he whistled, and shouted, and called them by name:

"Now, Shasher! Now, Piercer! Now Bludgeon and Force! On, Fire! On, Lightning! On, Ice and Radiant (of Course!)

Now dash away! Disengage! Double move all!"
So up to the Tavern top, the Perytons they flew
With the sleigh full of loot, and St. Cuthbert too—
And then, in a round, I heard on the roof
The prancing and pawing of each razor sharp hoof.
As I hid in the shadows, and was turning around,
Down the chimney St. Cuthbert came with a bound.
He was dressed all in armor, from his head to his boots,

And I could see he carried mace, shield and a lute
A bundle of weapons he had strapped on his back,
And he looked like a Murder-Hobo just about to attack.

His eyes—how they glinted! His frown lines, so deep!
His cheekbones so sharp, his foes surely weep!
His grim mouth was drawn tight like a bow,

And the beard on his chin, white as mountain snow
From the stump of a pipe, sweet smoke was blown
And it encircled his head like an Ioun Stone
He was broad and strong, a man not an elf,
And I gasped when I saw him, in spite of myself;
With no somatic components, he went straight to his work,

And filled all the bags; then turned with a jerk,
Laying a ring on his finger, it looked shiny and new
And giving a nod, up the chimney he flew;
He sprang to his sleigh, to his team gave a yell,
And away they all flew as if escaping from hell
But I heard him exclaim, with a fair bit of wit—

“Happy Yule Tyne to all, and always roll crits!”